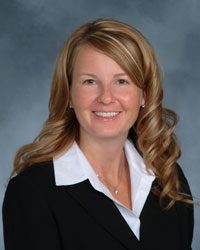 Nancy Kennedy received her undergraduate degree in Political Science from Sam Houston State University in Huntsville, Texas, in May of 1997. She received her law degree from Southern Methodist University School of Law in Dallas, Texas, in 2001. While at SMU, Ms. Kennedy was a member of the Computer Law Review and Technology Journal. She also received a Martin Samuelsohn fellowship and a fellowship with the Maguire Center for Ethics and Public Responsibility. As part of these fellowships, Ms. Kennedy worked at the Housing Crisis Center in Dallas, Texas.

Following graduation from Law School, Ms. Kennedy joined the Hunt County Attorney's office in Greenville, Texas, where she prosecuted the counties misdemeanor and juvenile offenses. In 2004, Ms. Kennedy joined the Collin County District Attorney's Office in McKinney, Texas, where after only two months she was promoted to Chief of a trial court. After a year at the Collin County District Attorney's Office, four years as prosecutor and over one hundred jury trials under her belt, Ms. Kennedy decided to open up her own practice and focus primarily on giving those accused of criminal offenses the option of affordable but also aggressive representation.  Ms. Kennedy also teaches at Southern Methodist University, School of Law in Dallas, Texas, as an Adjunct Professor of Trial Advocacy.

If you're looking for an affordable criminal defense attorney that will aggressively represent you, please click here to contact Ms. Kennedy.